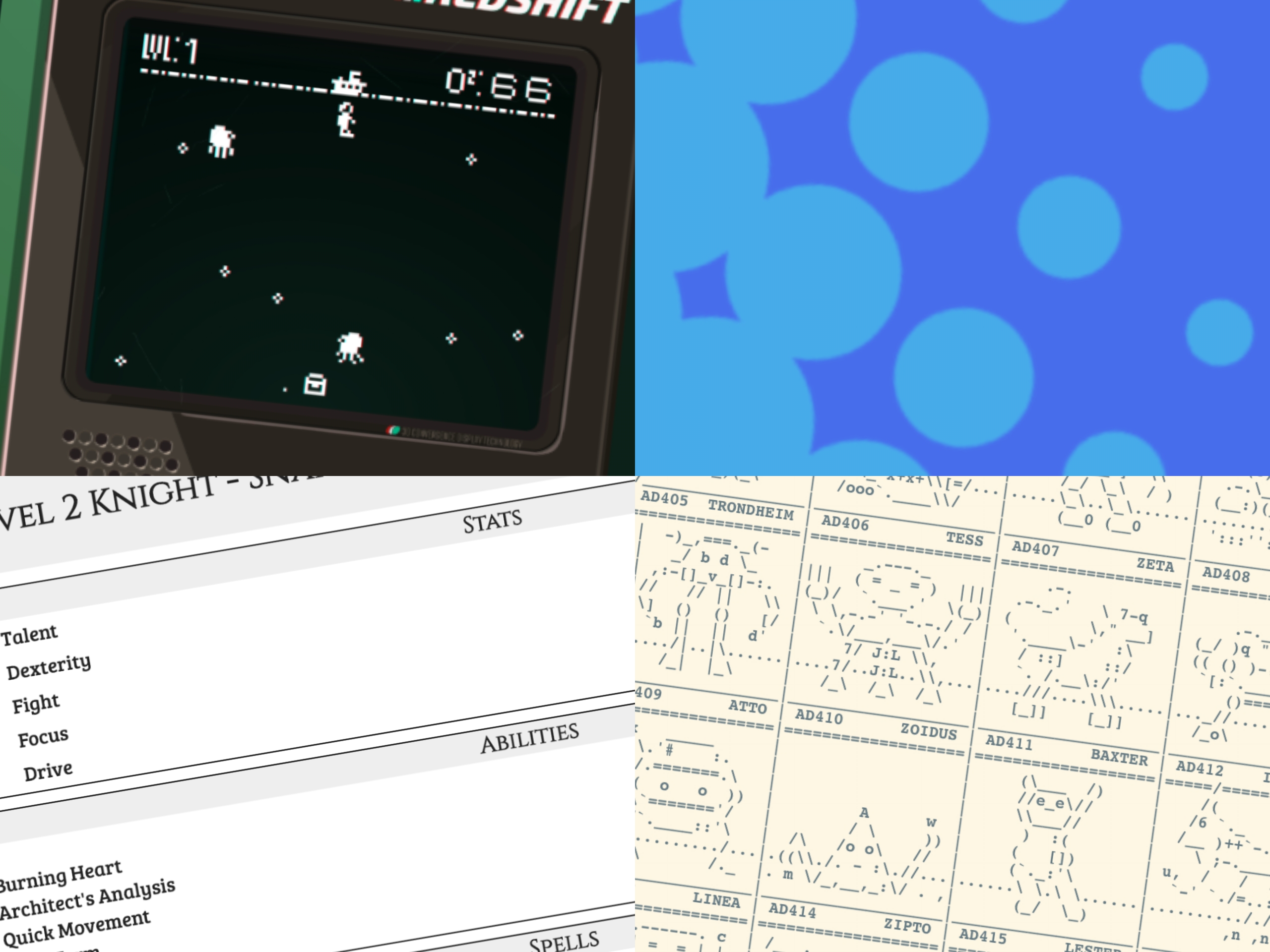 I guess I got a few good ones out this year. 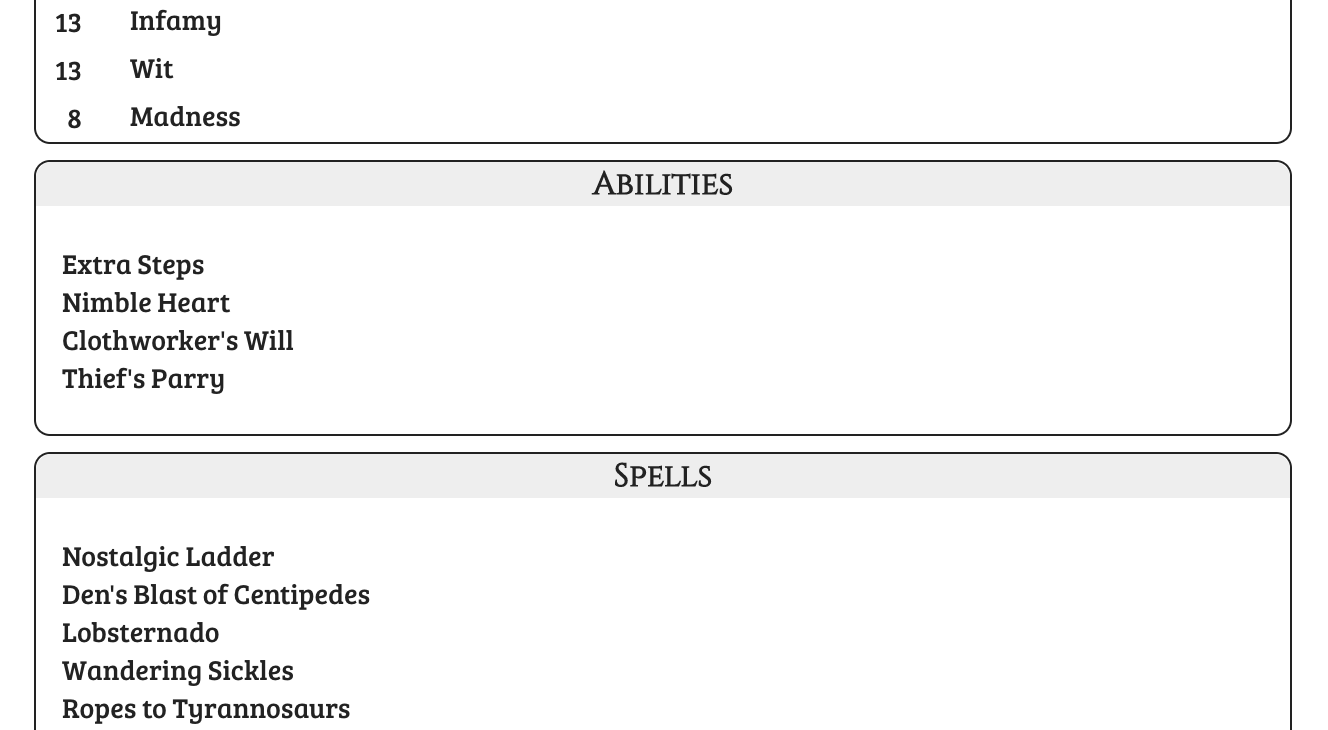 I made this little random fantasy RPG character sheet generator. It’s Dungeons and Dragons influenced but the sheets it generates are system agnostic. It’s more for entertainment and creative prompting than any sort of usable character sheets. Part of the fun of this one is trying to make sense of the weird stats and spell names and strange backstories that come out of it.

I used Glitch to help develop this. Glitch is cool.

I want to overhaul this and remake a new one with a sci-fi theme/vocabulary someday.

I ported an old HTML5 game I made a few years ago to the TEC Redshift. The TEC Redshift is a fictional console that exists in the latest Zachtronics game, EXAPUNKS. EXAPUNKS is a real good game about computer hackers by the way. But you don’t need to own EXAPUNKS to play my game. You can get the standalone TEC Redshift Player for free and import the cartridge in there. But you’ll need some red/blue glasses to get the full 3D effect. I think this version might be better than the original. I added lofi underwater music and everything. 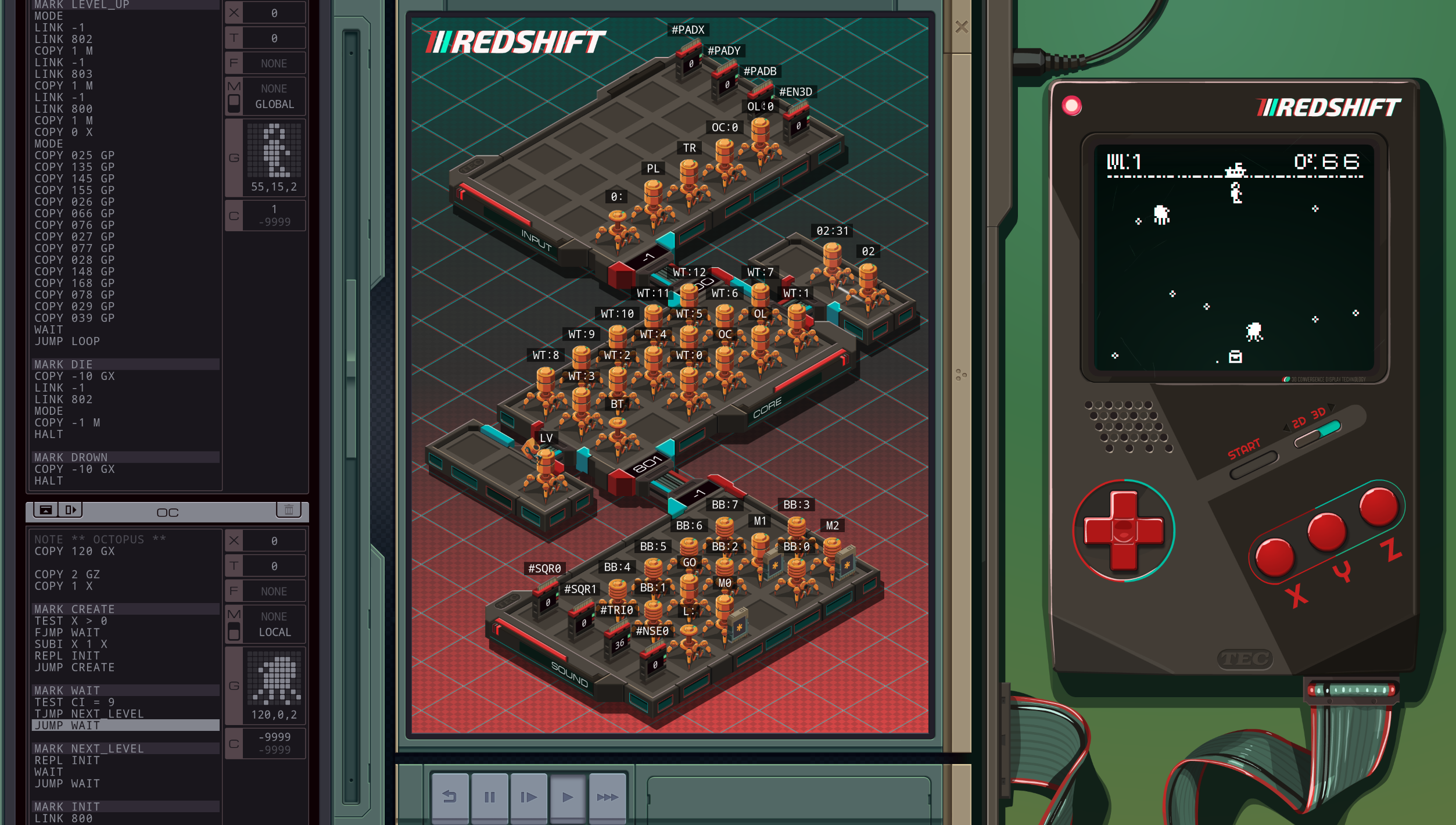 So, I was playing the Kirby Star Allies demo on an airplane and I saw this effect on the pause menu, so I took out my laptop and tried to replicate it in Javascript. It’s probably not the most efficient way to do it, but I got the effect I wanted before the airplane landed. Later I copied it up to codepen.

If you open up the demo on codepen, you can change the first two variables to get different colors and shapes. 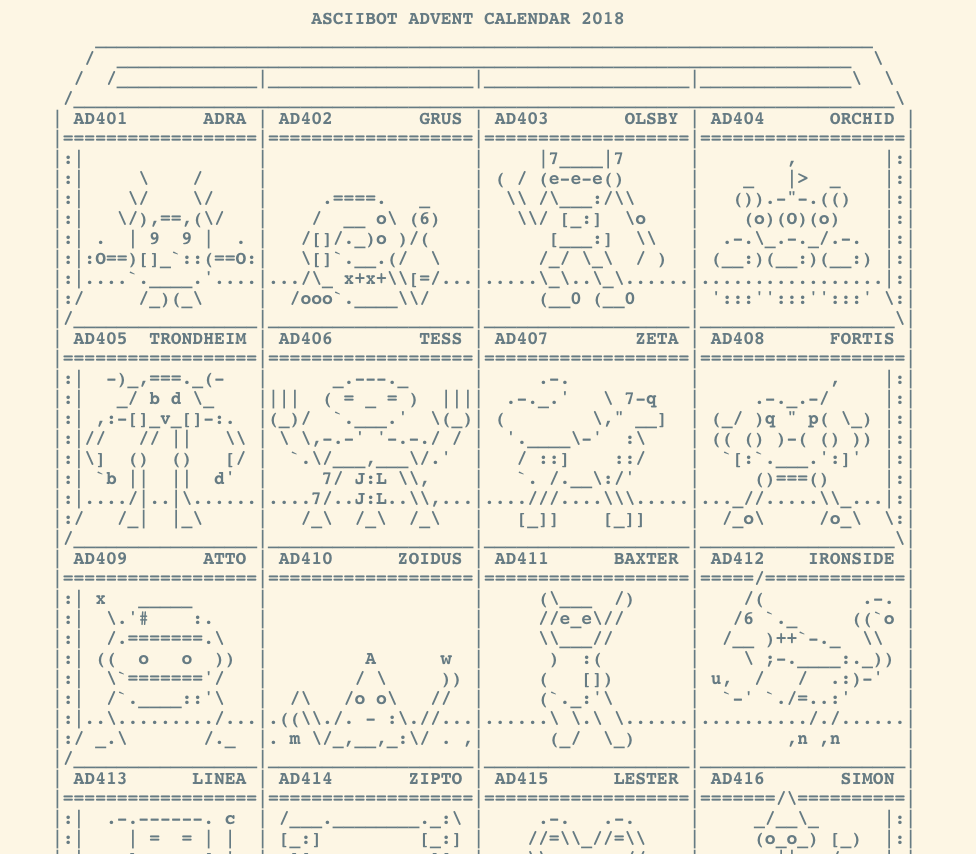 Once again made a new ASCIIBot Advent Calendar. This is the fifth year!