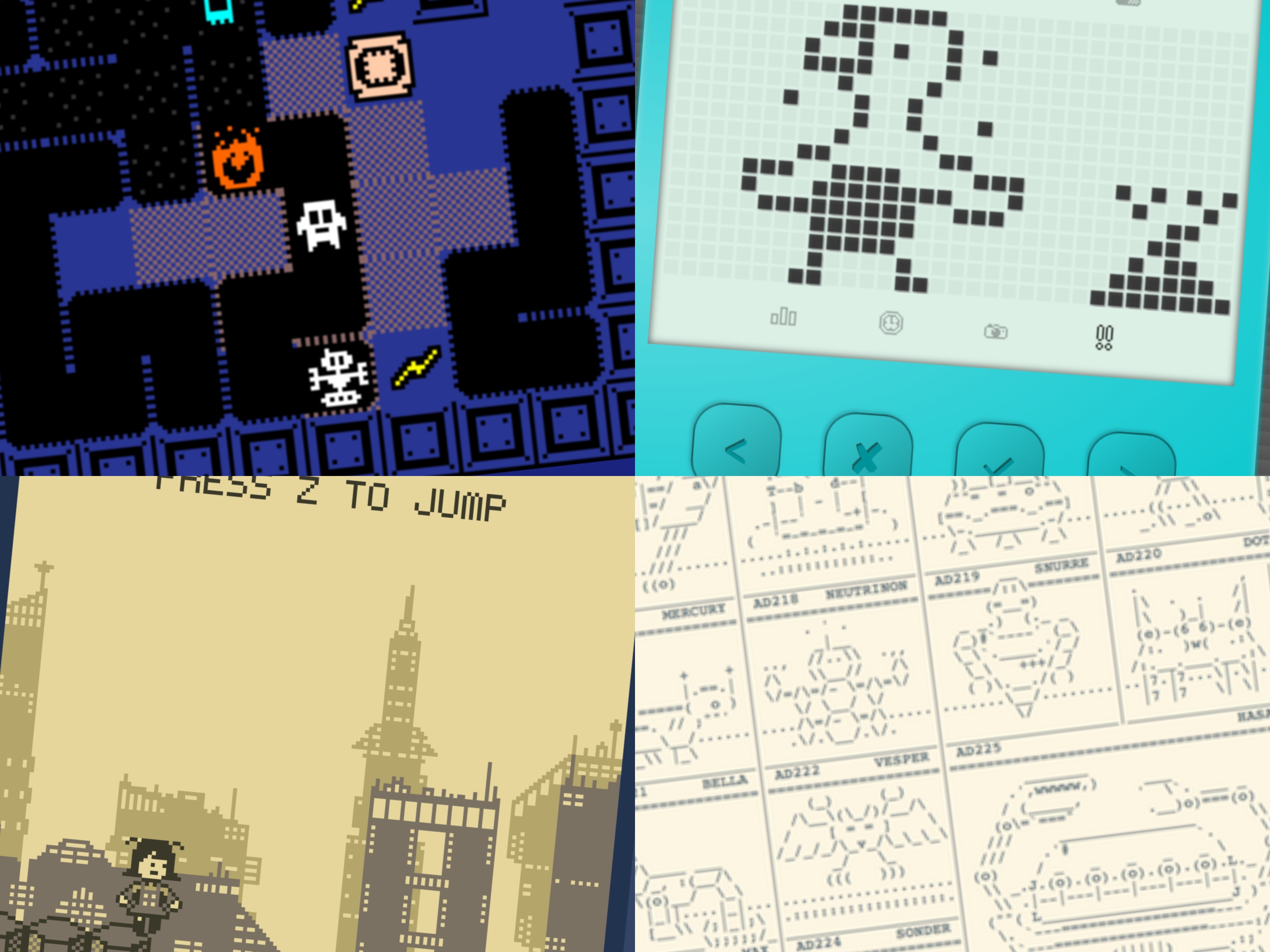 So, I fell short of my goal of making five games this year. But I did make three! I think they’re pretty neat.

I’ve been calling this one a turn-based digdug-like. I made it for this year’s 7-day roguelike challenge. It’s really hard! For me at least. I’m actually not even sure it’s always winnable but I’m not good enough to tell. 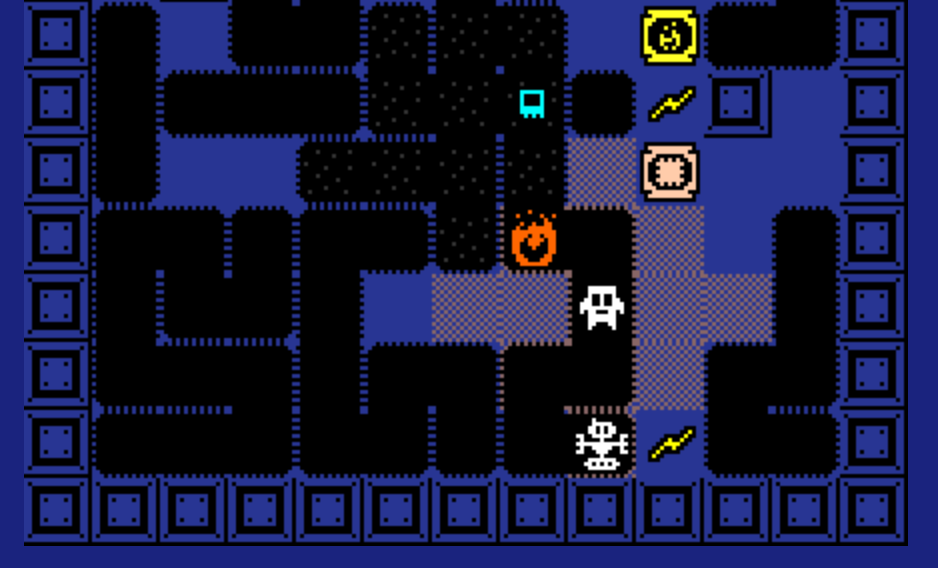 This is a simulated virtual pet where you can glitch out the game by feeding the pet weird food. I made it for this year’s js13kGames competition. 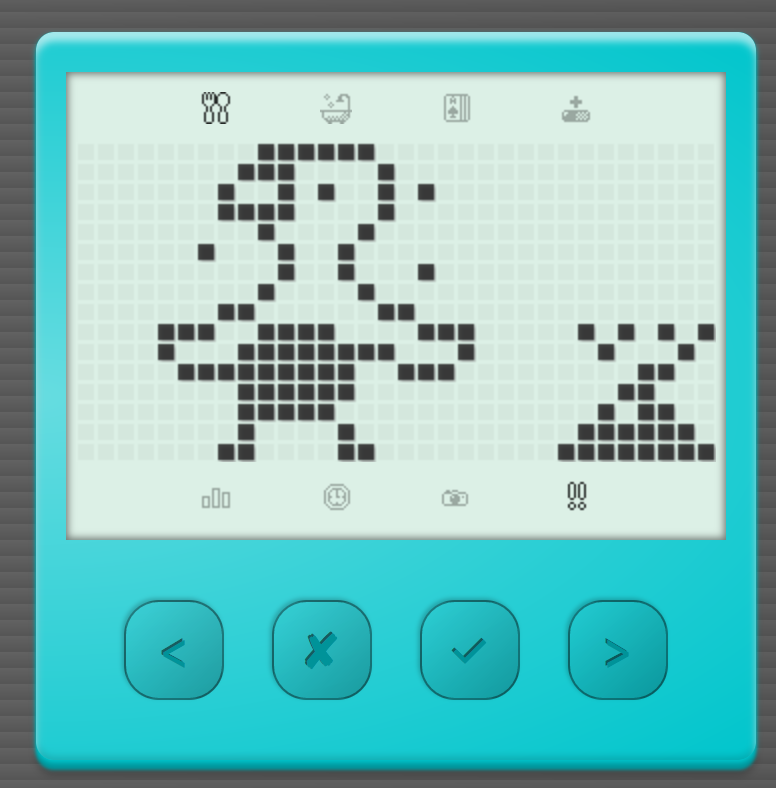 This is an automatic runner where you have two different jump buttons. I really just wanted to make a character creator and then I added the game after, but I think the game part is pretty fun too. I made this one for GBJAM 5. 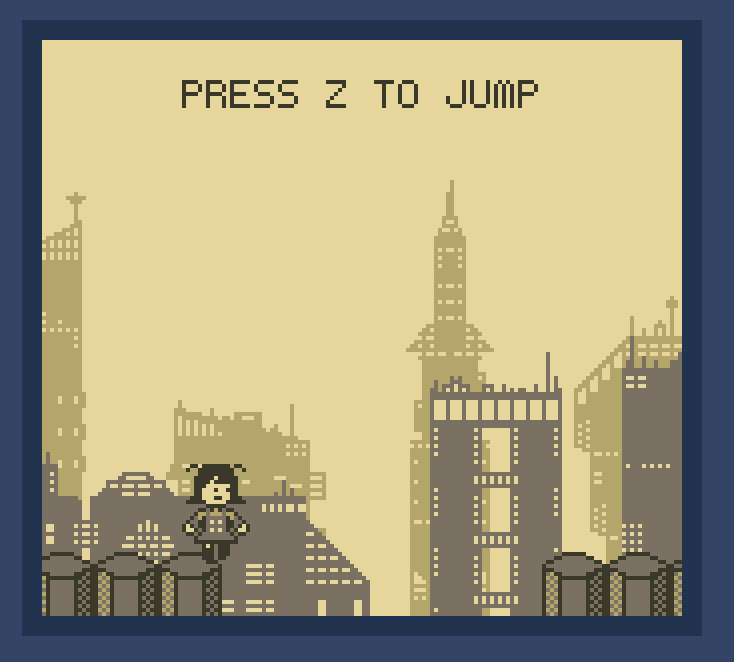 I made some things that aren’t games too.

Another year, another collection of ASCII robots. 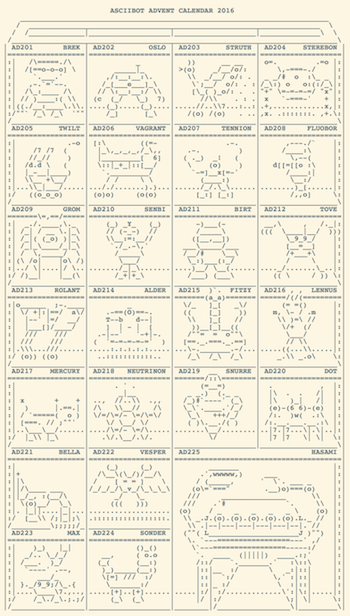 Check it out in its full 7-bit glory here.

Hey, look at this

I made a poor-man’s-Storify tool called ‘Hey, look at this.’. 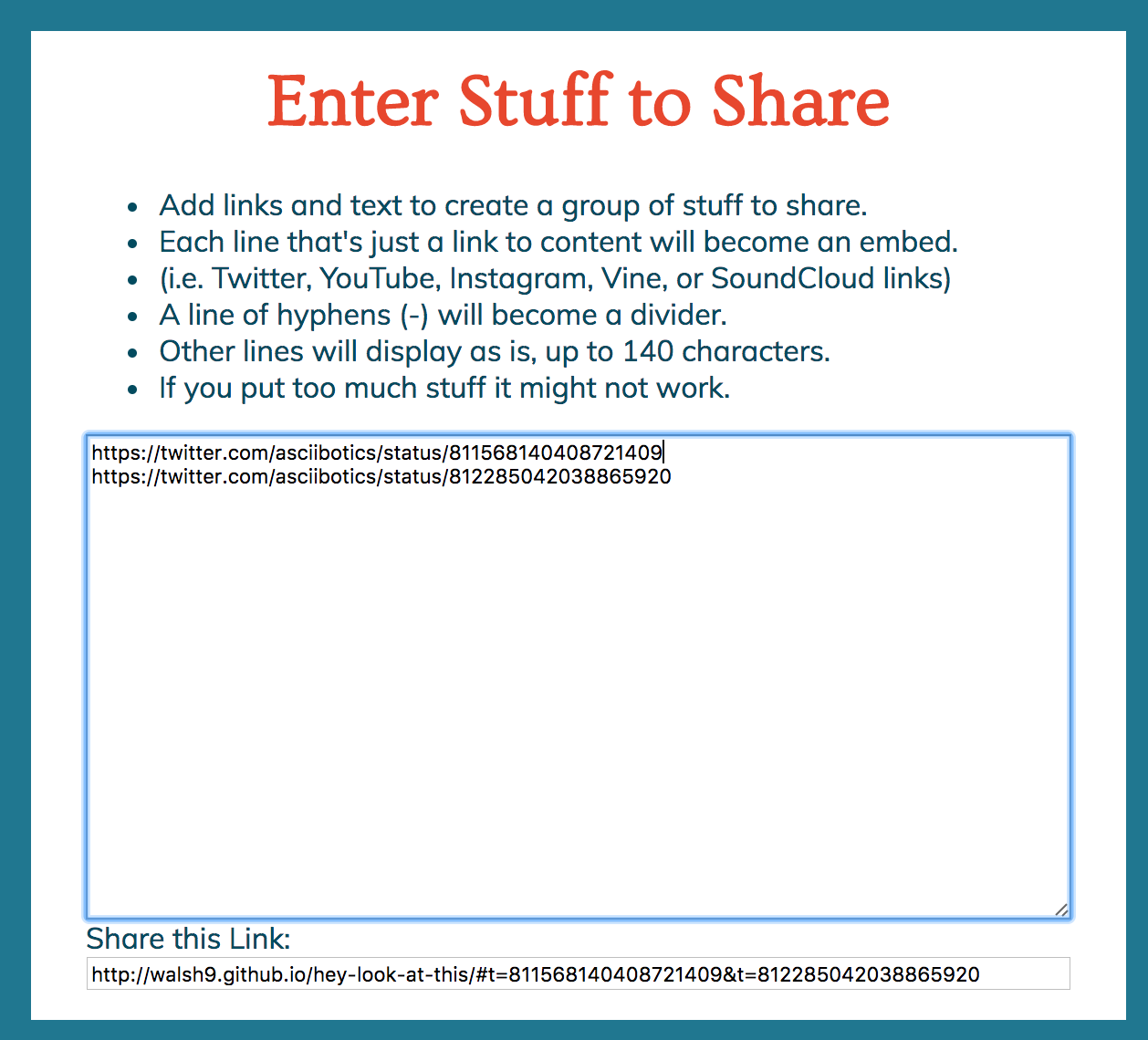 And get a link that shows the embeds like this:

You can try it here.

I put together a thing where you can play with fractal trees with the Korg nanoKONTROL2.

You can call them resolutions if you want.

I have two tunes done, but I still need to make a song for the actual gameplay part. Here’s the music for character creation:

I’m working on a Print Shop-like greeting card creation web app. I still haven’t even named it yet but you edit a card like this: 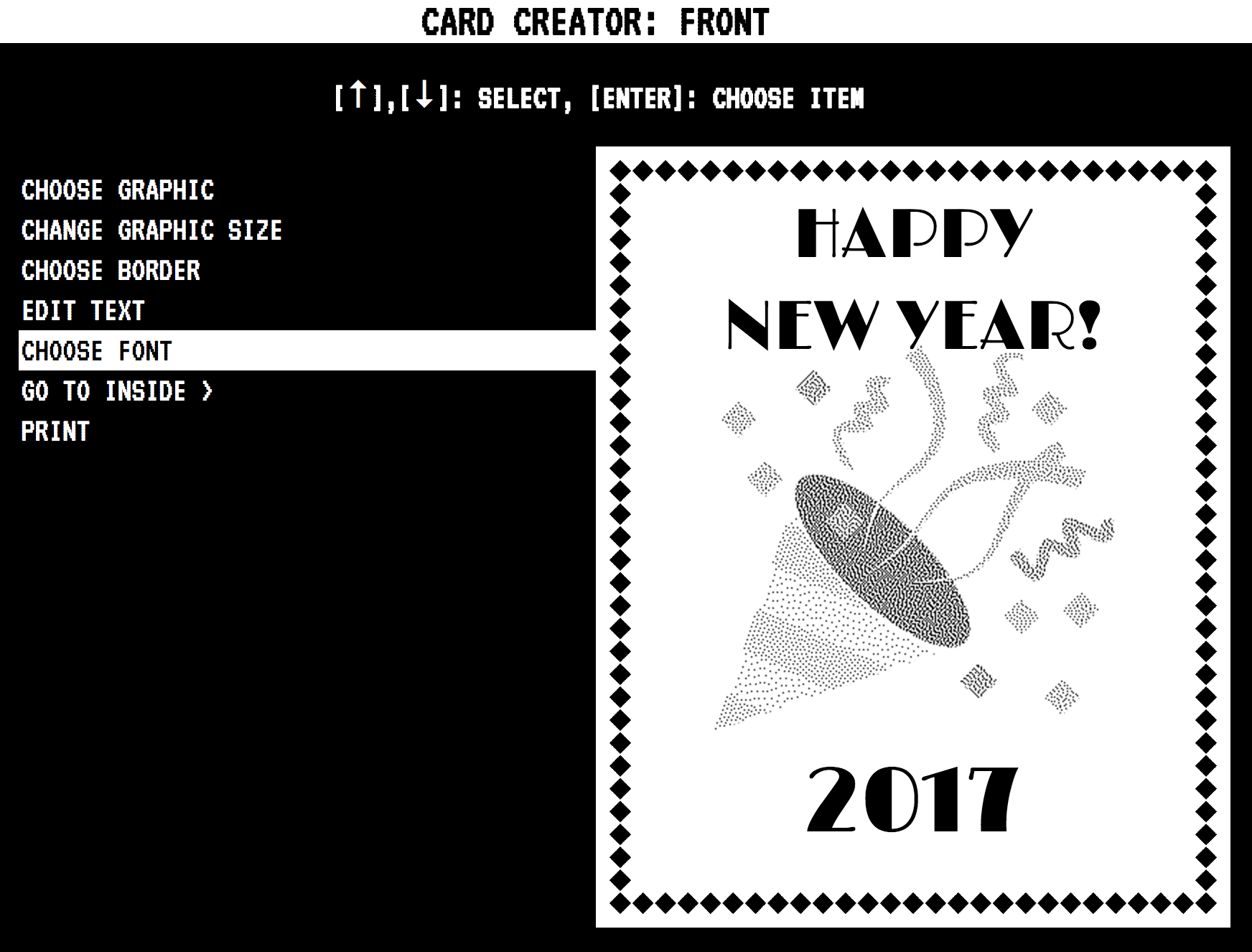 And it prints out a quad fold card page like this: 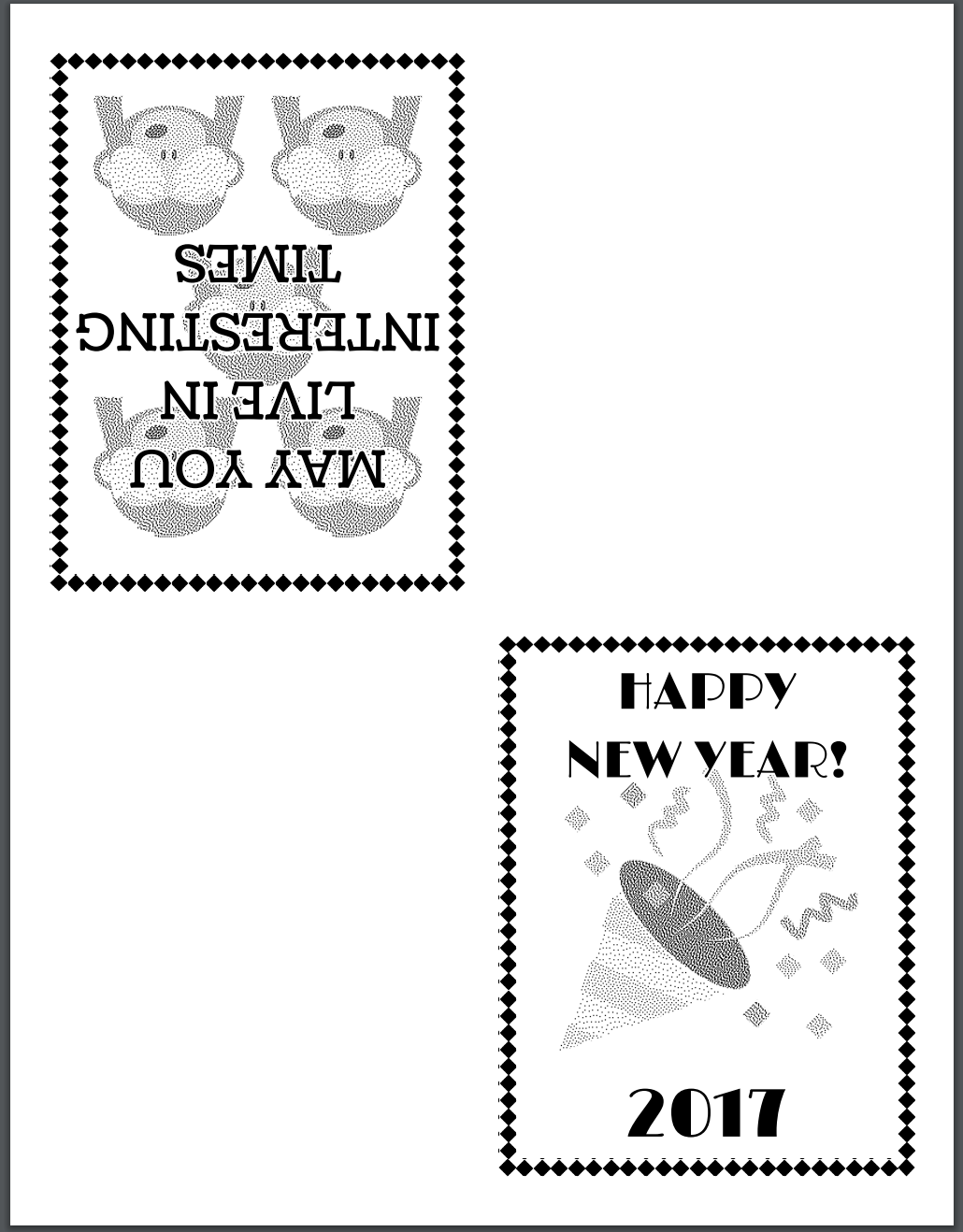 I have an unfinished game where you control a hyperdimensional mini-golf windmill that I need to polish up and finish. 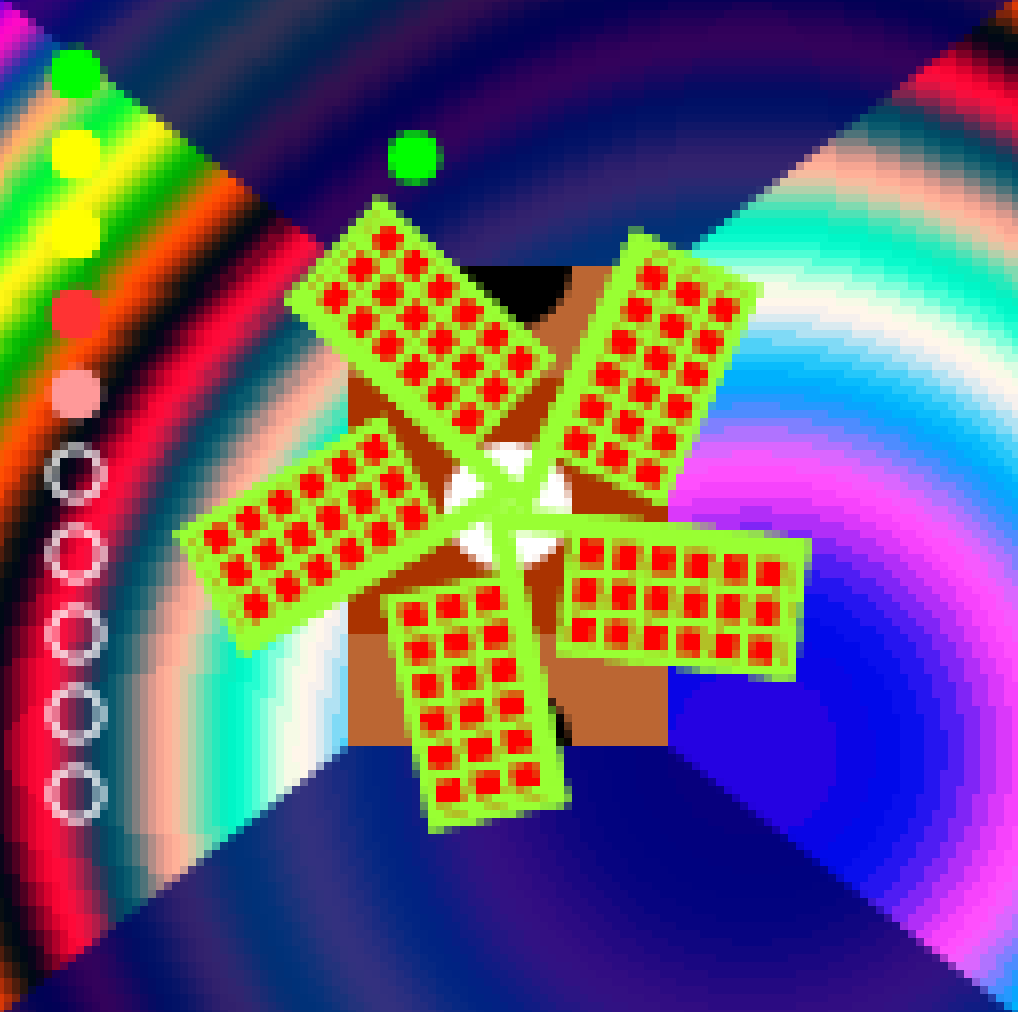 I plan to do at least the 7-day roguelike challenge again assuming real life doesn’t interfere with that week. Would like do some other game jams too. I’m going to try to keep on top of things this year so I can work them into my schedule instead of being caught by surprise.

I’d like to mess around with hardware a bit more this year. Want to do at least one or two of these: